Home » About Us  » News release 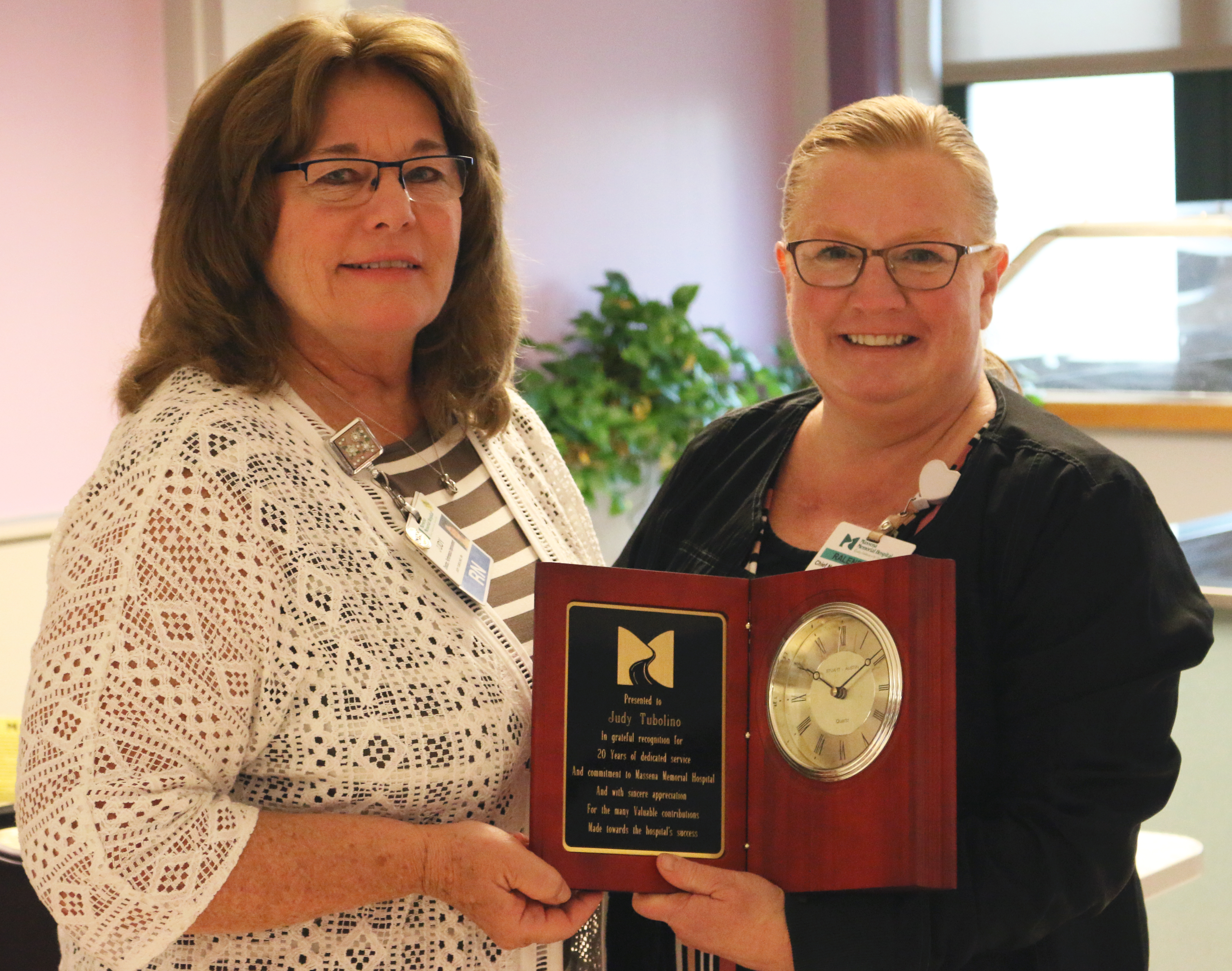 rd work and dedication to improving patient care during her most recent tenure. Tubolino retired, following a long career in healthcare that began in 1979.

“Judy has been a huge proponent of improving this hospital during her time with us. She has gone on to ensure that patients receive the best possible care and has worked tirelessly and diligently in her tenure to ensure this,” stated Ralene North, Chief Nurse Executive, RN, BSN.

Tubolino first began working for MMH in May of 1982, working in the Intensive and Cardiac Care Unit. Over the course of the next five years she work in this unit, taking charge of the unit in many cases. In July of 1987 she moved on from MMH, returning in November of 1990.

After returning to MMH, Tubolino assumed the role of Director of Infection Control/Epidemiology and Employee Health. In this role she was responsible for the entire hospital staff, ensuring strict guidelines were met for infection control compliance.

She also served on numerous committees in the following twelve years, assisted with performance improvement activities and managed the staff in the Central Sterile department, amongst many other responsibilities. It was also during this time she earned her Master’s Degree in Community Health Administration and Wellness Promotion from California College for Health Sciences

In May of 2002 Tubolino once again further advanced her career, taking the position of Director of Primary Care Centers and Practice Administrator with Canton Potsdam Hospital.

In 2016 she re-joined, this time as the Director of Performance Improvement and Risk Management. She will continue in this role Per Diem moving forward. "Judy has been an integral member of Massena Memorial Hospital and made numerous contributions that simply cannot be understated. Her efforts helped create positive change for this hospital, allowing us to offer the best quality of care possible for our patients,” stated MMH CEO David Bender.